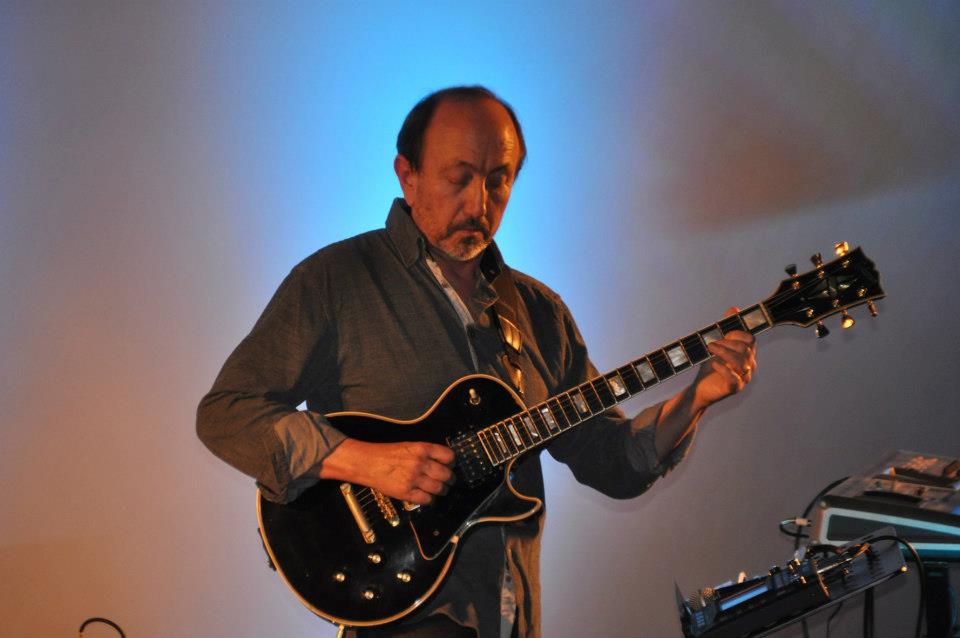 An entire spring and summer has passed but it was a necessary period of rest and reflection.

Before the summer we had an online meeting with my friends of Yang and decided to give up trying to perform to promote our last album. Some of you already know that we finally didn't make it to ProgDay in Noth Carolina, despite the fact that the organizers did all they could to make us come. But the working visas prices where prohibitively hight for a unique concert.
So touring was not an option. Believe me we tried, but it seems that everyone is catching up with two years of cancelled shows and all our efforts have been useless.

Therefore I decided to dive into the composition of Yang's next opus. Six new songs so far. We hope to be able to release it in 2023 or 2024.

One way or another, my solo album 12 Pieces for Solo Electric Guitar will be released at the beginning of 2023 at the latest.

I am slowly getting again into a solo performing mood. Performances should include some of the pieces of this album, but also new material. I am currently thinking about the best possible setup.

I am recovering from what is for me a long period of illness and start to work on a project in which I am simply a player, a beautiful piece by the Swiss Composer Daniel Ott: “berlin westhafen – umschlagplatz klang“ - „hafenbecken I und II“, written to be performed in an old but still active industrial site in Berlin. 64 musicians, a huge and beautiful site on the Spree shore and a very impressive and well written score. For those of you who have the chance to be in Berlin on June 10th, 11th and 12th it is the perfect occasion to visit a wonderful non-touristic place filled with music: percussions on cranes, containers, chariots, metal and wood structures, strings, brass, woodwinds, accordions, electric guitars and basses...
Beautiful noises!

At the beginning of the month we've had a very fruitful rehearsal with Shylock in order to put together what should have been the band's third album, back in 1978. Three sung pieces completely abandonned because of the band's break-up and lack of interest in singers.
But working with the extraordinary >Ayşe Cansu Tanrıkulu for Designed for Disaster made me up with singers and as André Fisichella, Shylock's drummer, proposed to try to release these songs, we decided to put them back on the workbench. The first approach has been very exciting with Sylvie Fisichella, André's wife, who has the perfect voice for that music.
I reworked on the lyric (in English) made back then in our early twenties, but I tried not to change them too much to keep their freshness.

Designed for Disaster is released!
First reactions are very positive...

Starting to work on a new project for the German composer David Ott, a piece about the Berliner industrial complex "Westhafen", a place that I cherish in Berlin. With the contemporary music ensemble KNM.

Yang fourth album Designed for Disaster will be released on Cuneiform Records on February 25 2022.

Available on pre-order on Wayside Music and Cuneiform Records Bandcamp. Also in HD (24/96)

Markus Reuter and I just finished mixing and mastering Designed for Disaster, the fourth YANG album, to be released on Cuneiform Records in 2022 (no date fixed yet).
I am very happy of the result!

12 Pieces for Solo Electric Guitar is still suspended, but some people are interested in releasing it. I have no deadline for this one.

I decided to postpone again the release of 12 Pieces for Solo Electric Guitar. It is ready, but it could use some sound improvements. Markus Reuter offered to help me to this end and it is going to be wonderful!

By the way, Markus and I had a conversation on YouTube recently, well, not really a conversation, more like an interview on his podcast series. You can watch it here.

I also have a couple of new videos on fretless and else on my Youtube channel as well.

I finally found some time to update my news section.
Given the situation, I've been able to make several versions of each piece of my new solo guitar album and to choose between them. But I decided not to include the Bach's Presto in it. It would be available as a bonus, maybe on my website or my BandCamp page if not released with a label.
Instead I composed a new piece, "A Short Story About Gravity", which will give more homogeneity to the whole.

Yang is still blocked with the recording of "Designed for Disaster", due to the lockdown and curfew in France.

In another hand, I will perform with e - w e r k as an electric guitar trio on May 18th 2021 at the BKA Theater in Berlin. There are alas! big chances that it will be a live stream.

Wow! everything has been so chaotic since March that I never had time to update my news section.
Of course all concerts have been cancelled but it actually allowed me to complete my solo guitar album. 12 tracks: 5 Etudes for electric guitar, 3 variations, 3 solo electric guitar pieces and a version of J.S. Bach Presto from the Violin Sonata BWV 1001.
Still a bit of work on some pieces but it should be released before end 2020.

On the other hand, the release of the 4th Yang album "Designed for Disaster" has been postponed, the studio had to close during summer due to the virus, then the lockdown in France made the recording impossible until next year. The recording should resume in 2021.
The release of the album will not occur before spring 2021, even later, but it has taken a very interesting turn...

- 2020 will see the release of Yang's 4th album Designed for Disaster*.

Recordings have already begun but we are still not sure about launching a crowdfunding campaign again or searching a label.

We are currently looking for an idea of design for the album, not something too obvious but still heavy and dark...

* About the meaning of the title: it seems obvious now that we are genetically programmed to take, as a species, the worst decisions possible for our own survival.

- The solo album Only Solo Guitar is on good tracks but will take time as I am working on refining the interpretation of all these solo guitar pieces (without looper or overdubs), some of them never having been made public in any way.

Some others can be listened to, as live versions, on my Youtube channel (to which you are warmly welcome to subscribe of course!)

Things are getting done...

- The composition of Designed for Disaster, the next Yang album, is now completed: 11 tracks (9 songs and 2 Interludes) over 60 mn of dark, desperate, cataclysmic, but sometimes hopeful, lively and encouraging music. We meet with the band beginning December to give reality to these sounds and talk about the realisation of the album. Crowdfunding? Label? Online distribution only (I don't like that idea...)?

- I just published this week the last solo album of 2019, Mornings. It is a double album (106 mn), but available only online at the moment on Bandcamp.