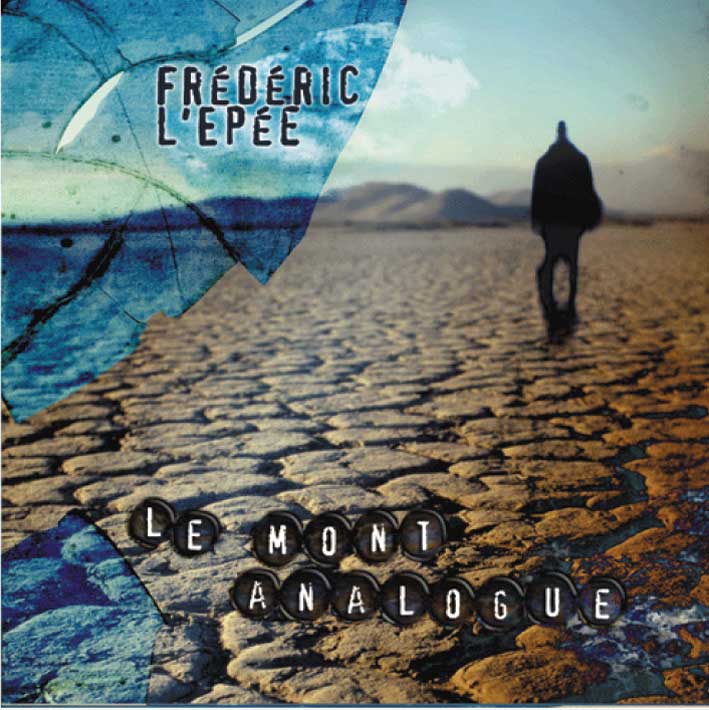 Now that every mountain has been overcome, that humanity is exploring space as well as the ultimate limits of matter, what is the next step? Did we achieve happiness for all that? Is there anything else to discover?

This is what the French novelist and poet René Daumal already wondered about 60 years ago. The alternative he offers to the loss of symbols and sacred is "Le Mont Analogue" (The Analogous Mount), an immeasurably high but invisible mountain, which several friends decide to discover and then to climb up. René Daumal died while writing the "symbolically authentic" story of this ascent. The text breaks off with a comma.

While writing the first tracks of this recording, I have been realizing that this music was deeply influenced by the Analogous Mount. I decided therefore to continue this idea and to try the ascent me too, this time to the end.

The Analogous Mount is above all a symbol. It was imagined, or rather rediscovered by René Daumal in order to make up for the disappearance of myths, and represents reality outside the ordinary limits of perception. It is the symbol of the invisible presence, of inaccessible and faith, what drives the mountaineer to climb always higher, what leads the scientist further into research, the thinker deeper into his mind.

The secret way towards the Analogous Mount is the initiatory path followed by those who are looking for the meaning of existence, suffering and death, and who are perceiving that the main thing lies beyond our reach, neither close nor even far from us, but rather both outside and deeply inside every being. At this point real obstacles are to be cleared, last bonds are to be cast off. Only confidence can help to overcome fear, anguish and desire. The ultimate effort, the renouncement to our frenzy of action and knowledge allows to find more than what we came for.

And there, no more questions.

This CD may be called a concept album, inspired by Daumal's novel. It takes place in a "Progressive Rock" tradition, maybe my most "progressive" prodution after Shylock. It is very significant for me as it has been composed during the long recover of my left hand, almost pulled off in a car accident ; in this sense, it is somehow a rebirth. 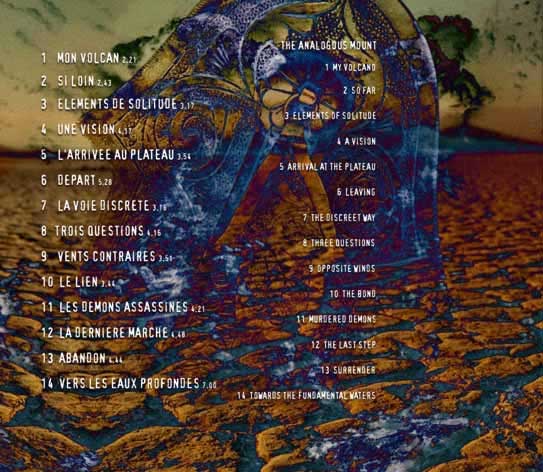